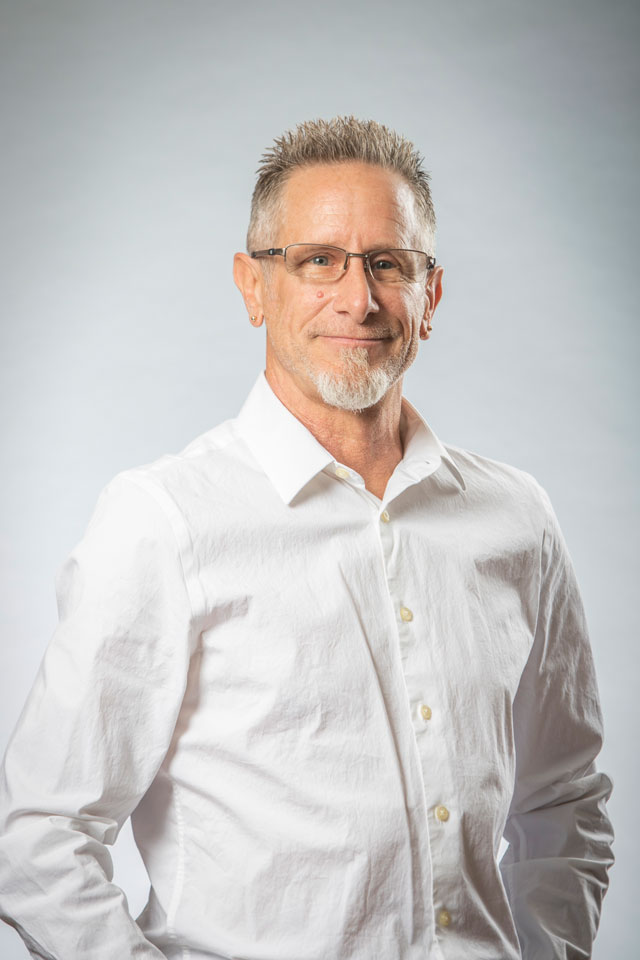 Mark was born and raised in California and he spent much of his youth in the San Fernando Valley. He’s a big fan of the outdoors and loves water sports, motorcycle riding, and going to concerts. A couple fun facts about Mark are that one, he belongs to a few charitable organizations like the “Moose Lodge” and a couple motorcycle groups, and two, he’s a member of a social group called the “Taco Mafia”.

His favorite place to be is near the water with his girlfriend and friends, his favorite food is barbeque, and his favorite snack is a variety of things. He likes Reese’s, Cheese Puffs and Beef Jerky among many other snacks.

“My father was a mechanical engineer, so I knew right away I did not want to follow in his footsteps. I began drawing and building stuff as a young kid and was always getting in trouble for taking my dad’s tools and not putting them back! When I got into Jr. high & high school, I became focused on the industrial trades. I excelled in graphic arts and drafting, which became my major.

Right out of school I got a job in the commercial construction industry as a laborer, and somehow managed to screw that up before I could advance. I took a job with a friend in the business and developed skills that led me to become a detail-oriented guy, and I focused on finish carpentry.

I continued to learn and develop my skills, and in the summer of 1985, I moved to Northern California to a town called Auburn. This was full of new surroundings and it was a fresh start.

I have always kept my skills up when I could. I also hold a class A license. I love to drive! I’m a big NHRA fan… I know, it’s not Nascar but it’s a lot more fun! Passions…I love to fix things and explore how they work. I’m a BIG car guy too. I’m currently restoring a 1977 Trans am and hope to have it finished by next summer. I’m pretty much the neighborhood handyman where I live so people are always asking me for help with stuff. I do a ton of side work when I have the time and enjoy helping people out.”